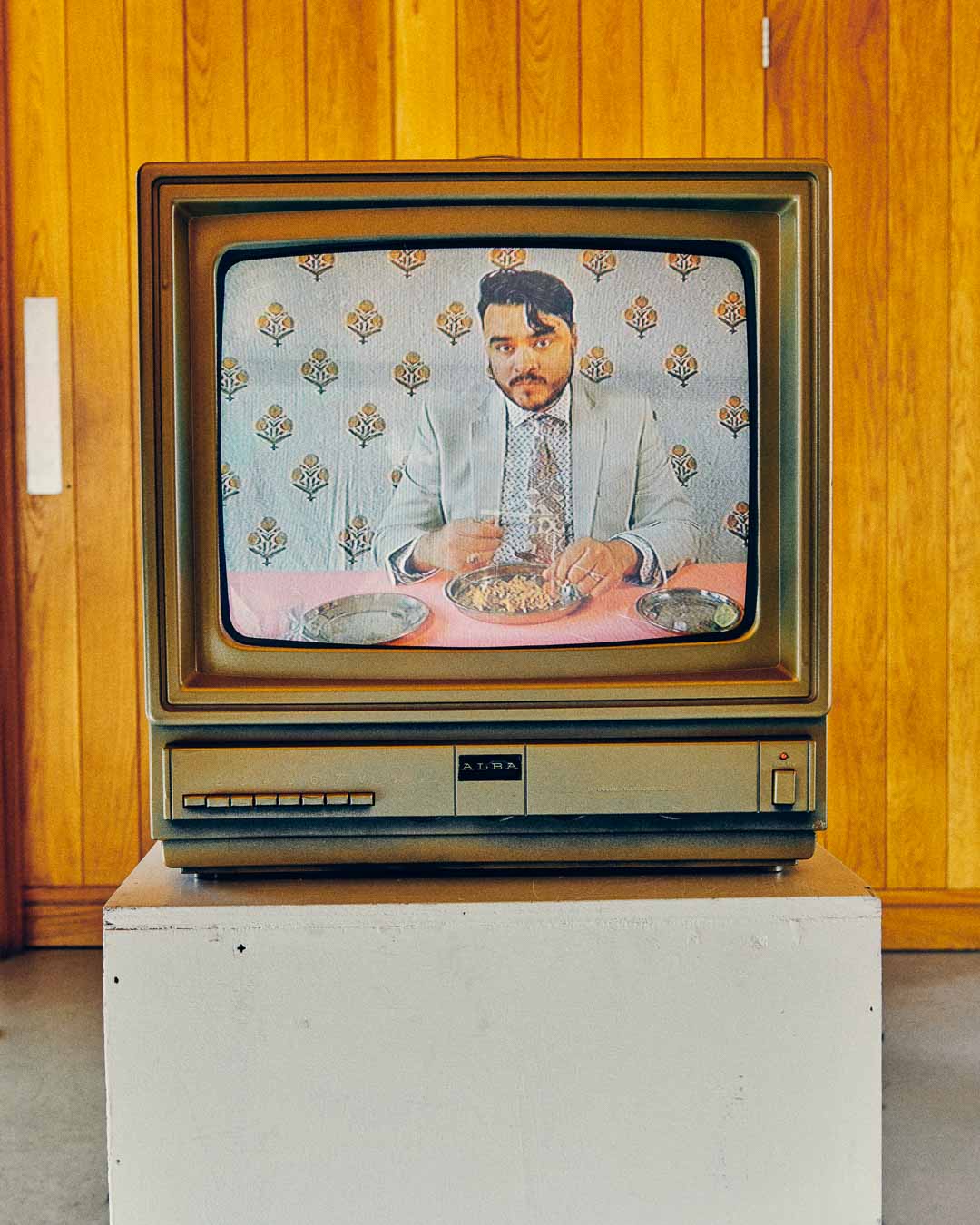 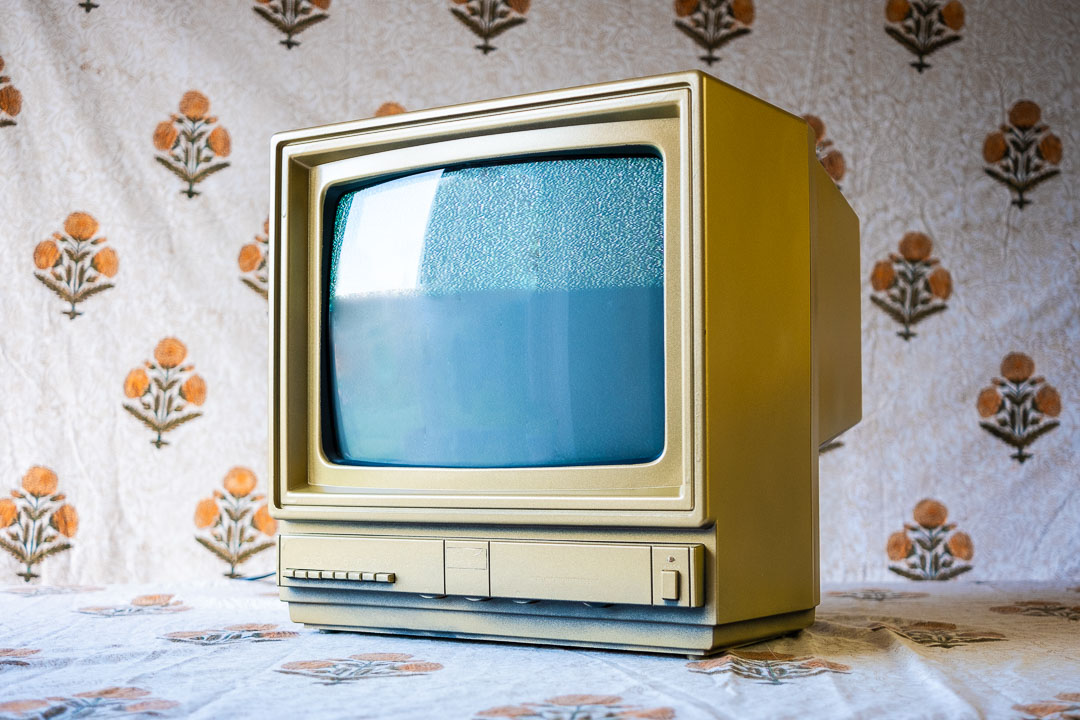 I was travelling around India alone. One evening at twilight, I caught a tuk-tuk from a Buddhist shrine back to my accommodation in Mumbai. I felt rather nervous as I’d stayed out longer than anticipated and was unsure about being out after dark.

As we entered the city, the tuk-tuk driver pulled over to the side of the road to buy some street food. I assumed he was grabbing a snack for himself, but to my surprise, he handed the food to me! He spoke not a word of English and I not a word of HIndi, but we shared the food with not a word spoken, just smiles. I was so touched by his kindness.

In response to the story, Alone in India, Patel has played on the idea of food, heritage, communication and memory by inviting viewers to join him in a shared eating experience, via a television screen from his childhood.

Erin Patel is a Photographer and Arts Educator. His personal work centres around his experience of being raised in a mixed heritage household; exploring themes of nostalgia and diaspora within the Irish and Indian cultural identity.