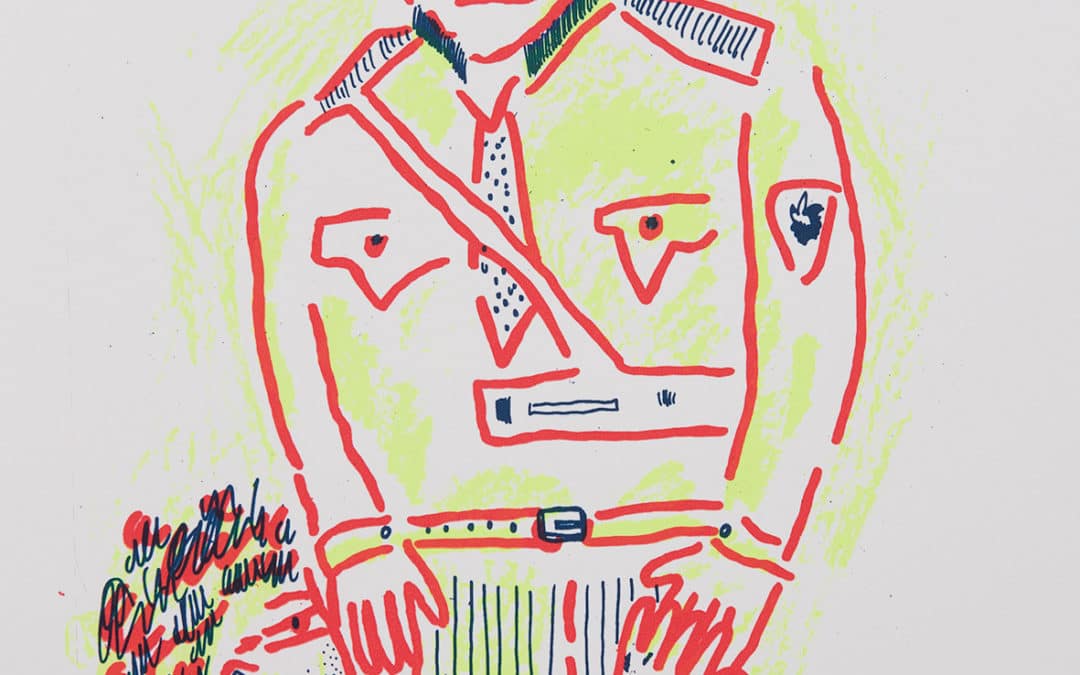 A police officer and a homeless man

My sister is a nurse and one day the police brought in this homeless guy to her hospital. He was in a really bad shape. Dirty. All dirty, smelly, horrible, you know. His hair was all matted and his clothes were like all stuck and full of gunk. He wasn’t right. The doctors had to examine him but no one wanted to touch him, that’s how bad of a state he was in.

Anyway, one of the police officers just couldn’t watch anymore and started to give him a hand when no one would even go close. He helped him undress and clean and get examined.

My sister said she was so touched by the kindness of the officer. She doesn’t think he did it out of duty, but out of respect from one human to another.

I chose this story because of the rise in homelessness around the UK and especially in Norwich. I think empathy and kindness are needed to solve the problem. It also appealed to me because my dad is an ex-policeman and always has an interesting story about his time in the force.

Callum Ritchie is an illustrator and designer. His work often deals with health as a theme and he is currently working on a design project to make the everyday environment more accessible for disabled people. 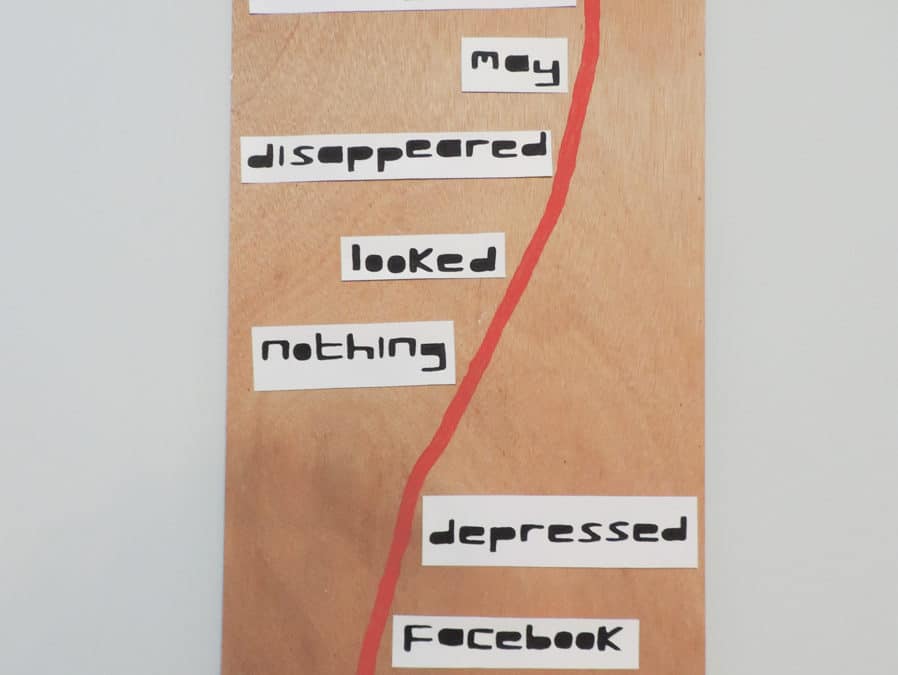 I got on the underground at London Liverpool Street station back in May. By the time I reached Holborn station, I realised that my wallet has disappeared. I looked everywhere. All my pockets and around my seat. I even asked people sitting next to me to lift up their bums in case my wallet has slipped out and sat beneath them. Nothing. I’ve been pick pocketed! I was so depressed as it had all my cards and all.

Well, I checked my Facebook yesterday (mid-December) – which I do once every few months only – and I found a message from a person I’ve never heard of sent on May 9 saying he found my wallet. I texted him and he replied that he still has it and I can pick it up from him tomorrow at his office in Holborn. Isn’t that amazing?

I was drawn to this story as I felt that the narrative was very strong. I work with language within my art practice and felt that this sort held some very emotive wording. I wanted to play with editing the text down to far fewer words but leave enough so that the narrative remained. Stories tend to be linear and as I was reading the story, I made the connection between this line and the line of the tube journey. I took this thought with me when interpreting the story, wanting to plot the chosen words along a replica of the central line referenced in the story.

I was returning to my car after a busy day when I noticed a flat tyre. Feeling really fed up I got the spare out and jacked up my car replacing the flat with the spare only to find it too was flat. Really stumped and wondering how I was going to get home a friendly smiling stranger asked if I needed help. When I told him of my predicament he offered to drive back to his house and get his foot pump to see if that would help. On his return he then offered to pump up my tyre which stayed up enough to get me home. I was so grateful and thanked him over and over as I was so relieved and glad to be on my way. It was after he had helped me that he continued with his original plan which was taking flowers to his parents grave.

I work hard, but as an artist, I don’t have much money. In fact, I was far short of cash to get 15-20 copies of my art book professionally bound. I only had money to pay for five copies, which I printed at the art university’s subsidized copy machine, which I then had to glue and bind myself. Feeling a bit defeated, I posted a video of me glue binding the spine on Instagram.

I get a message from someone I don’t know asking what size the book was meant to be. I replied. And then the same gent messaged me back saying he works in a printing and photography shop and ‘if ever there was a worthwhile reason to do a bit of printing for someone, this is probably it!’. Wow!

After a few correspondences, he sent eleven sets of the printed pages, perfectly cut to size and wrapped. I never expected someone whom I have never met on Instagram to come to the rescue with such generosity, speed and kindness.

The art book is about my journey of experiencing my brother’s sudden death, his organ donation and meeting and then losing his heart recipient five years later. Thanks to him printing the extra copies, I’m able to give copies to my friends and family who were and continues to be part of my brother’s life.

A few years ago I was a full time taxi driver, which incidentally is a really good job to witness and deliver small acts of kindness. I’d always help get the shopping to the door, occasionally let deserving causes have a free ride and feel pretty good about myself for doing it.

Stupid early one Sunday morning I was waiting on Angel Hill enjoying the peace, the council had been round and cleared the debris from the night before and the pigeons were picking over what had been left. The only two souls were me and the homeless lady sat on the bench in front of the Registry Office. I haven’t seen her for some time, she used to have a camp right in the middle of the market every night, I think it was outside the Halifax. She is proper homeless, bags with bags in, 2 coats on – undefinable age. I tried to buy her a coffee one morning in Tesco garage but she didn’t understand what I was trying to do and seemed scared so I left her alone.

So we were alone, she was in my door mirror and I doubt she knew I was there. Round the corner from Eastgate Street came a lady I had known from a teaching course I failed to complete once. I was working in the prison at the time and she was delivering scrapbooking courses, one lesson was about discipline in the classroom, she had had two very disruptive ladies on one of her courses once – another lasting memory.

So scrapbook lady disappeared up Abbeygate Street. A couple of minutes later she reappeared and walked towards Halifax lady. As she got near she slowed until she was noticed. As the lady looked up she said a couple of words, gently touched her on the shoulder and handed her an envelope. She walked away before she had a chance to open it and was soon round the corner going back up Abbeygate Street – past the newsagents that she must have stopped into.

I will never forget it. Thank you Halifax lady, thank you scrapbook lady.