Coverage of the inaugural Norwich exhibition in the local and national press. 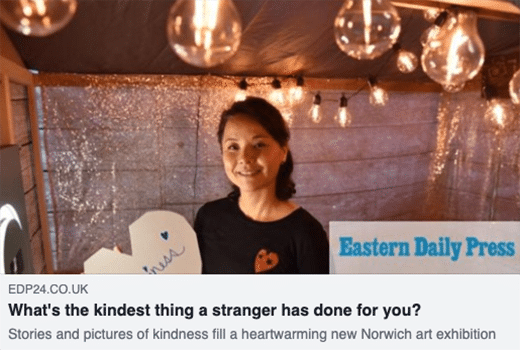 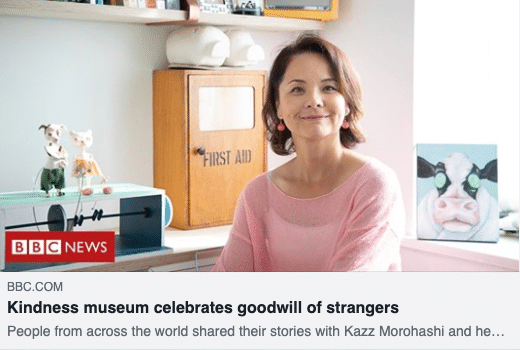 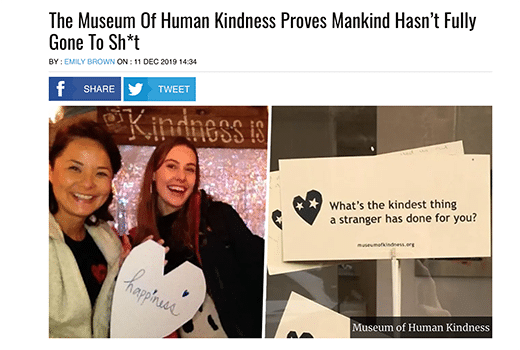 Listen to Kazz talk about the launch of the Museum of Human Kindness on BBC Radio Norfolk with Chris Goreham (12 November, 2019) and Sam Day (14 November). The Museum also featured on various other BBC radio shows around the country: